Javier Perez Gonzalez came to Australia with a backpack full of international and mediterranean experience. Since 2017 he is a culinary teacher at the prestigious Le Cordon Bleu in Melbourne Australia and one of the biggest exponents of Andalusian cuisine in the country.

After completing his technical qualification in Spain, he worked at Hospes Hotel Infinite Place (Granada), Sea Grill in Brussles (Belgium) ** a Two-Michelin-star restaurant headed by the Belgian chef Ives Mattagne, Colonial Leisure Group (CLG) in VIC and The Flying Duck, in Melbourne.

Today he owns the company @tapas&co and since July 2020 he is the new President of Eat Spanish, the first Spanish gastronomic association in Australia.

Rosa & Carlos Pancorbo are one of the best on-site Catering Spanish cuisine for Corporate & Private events in Sydney. This includes; Newcastle, Central Coast, Northern Beaches, Southern Beaches, Sutherland Shire, The Hills, Blue Mountains, Wollongong and surrounding suburbs of NSW.  For over 8 years Casa Pancorbo has been providing with the finest traditional Spanish tapas and paella you can find. They are the events caterers and Spanish food enthusiast you can trust!

Both of them are Spanish Chefs, passionate for what they do and they always pride themselves on the standard of the authentic and traditional Spanish cuisine to make the most memorable occasion. 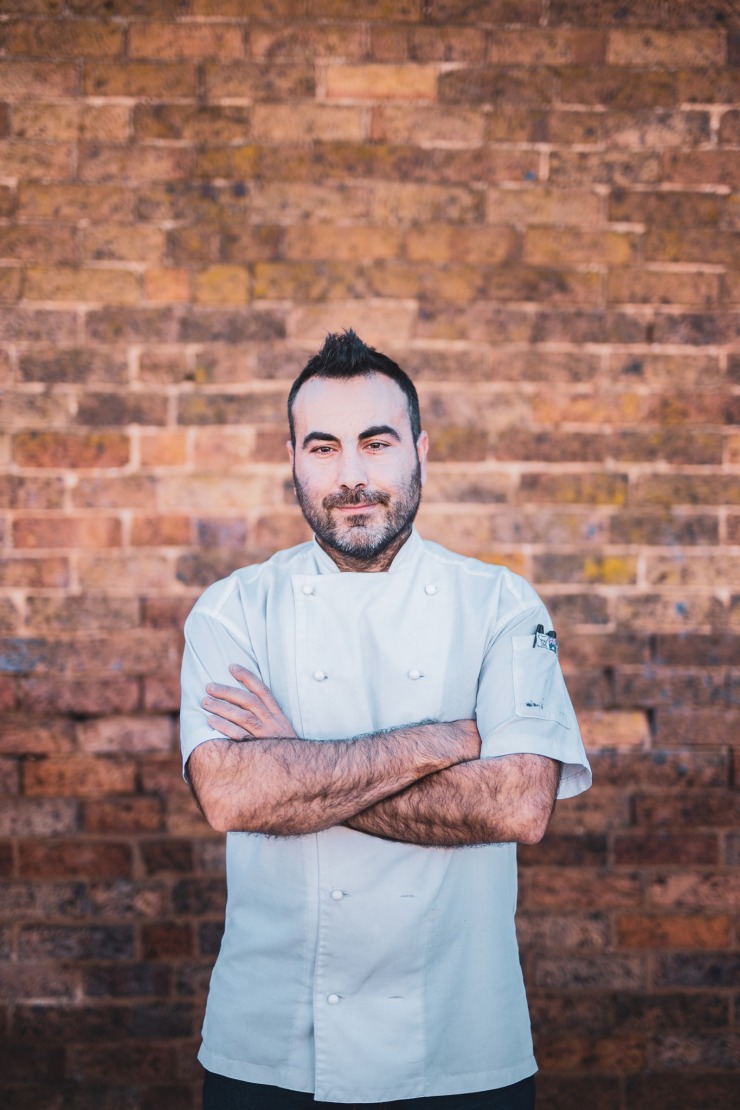 Ruben Lopez Mesa is a chef from the south of Madrid who came to Australia in 2009 and completed his technical qualification in Commercial Cookery Cert. III at Sutherland College, Loftus Campus, NSW. He got several Outstanding Performance Awards between 2010 and 2012 and a Nomination 2012 NSW for Apprentice of the Year. Thanks for his results he was invited to do a Diploma of Hospitality and Management at Sydney Institute TAFE, NSW where he got a Leadership Award Diploma 2012.

After few years working in different restaurants in Sutherland Shire, he moved to Sydney and worked at The Morrison in the CBD, the two hatted Spanish restaurant MoVida Sydney in Surry Hills, The Vanguard in Newtown, etc.. moving the ladder up until he finally become Head Chef.

Ruben is an energetic chef who loves nothing better than a basket full of local produce to inspire his latest menu. His current home in Orange NSW is rich in a wide range of fresh produce that is often hand-delivered from the grower and is on the plate within a day. This love of fresh, seasonal and local food, combined with the lessons learned from his food-obsessed family, gives him an unique skill at combining local flavours with Spanish techniques.

As a migrant in Australia, he is especially mindful of the experiences of other Spanish chefs living here. That is why in 2018 he founded Eat Spanish, showcasing the new generation of chefs in Australia who are taking the experience in their restaurants and businesses to a new level, by incorporating native products, local produce and regional influences with a clear Spanish take. 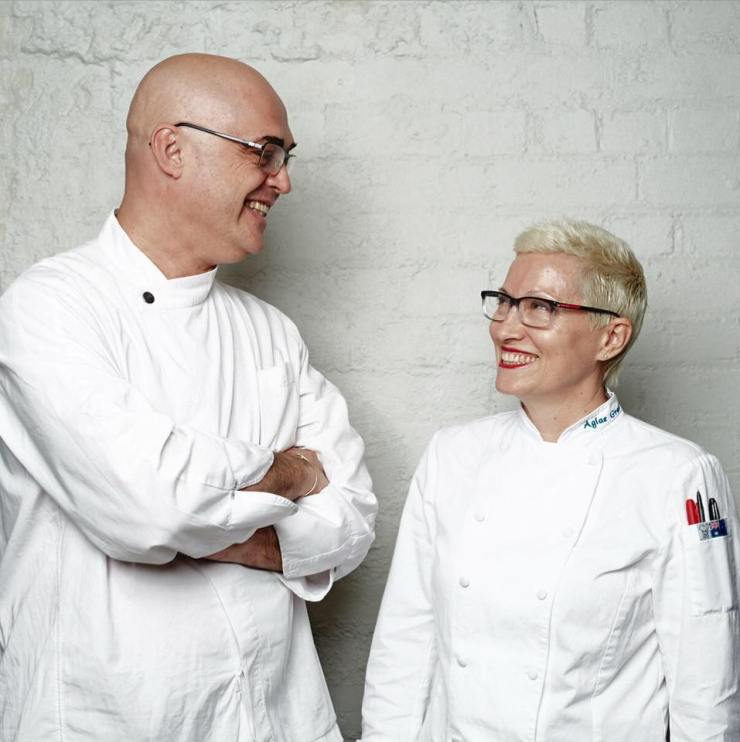 An accomplished, enthusiastic, highly committed and experienced Chef. He started learning the culinary trade in the 1980’s at some of the best restaurants in Spain, such as Reno, Florián, Odisea, Leopoldo, Hotel Ampurdán 4*, Hotel Mas de Torrent 5* Relais & Chateau, and the notorious El Bulli, to later develop his own restaurants.

Quim Hernández personally likes to select the best raw materials and pairs traditional Mediterranean cooking with innovative contemporary styles, with an eye for detail and presentation, which brought him to lead numerous international ventures in Spain, Asia.. and now in Rottnest Island WA, Australia.

We are very lucky to count with this Catalan chef in Australia and as one of the founder members of Eat Spanish Australia!!

Jon Ingunza was born in Bilbao, a culinary hot-spot in the north of Spain. From an early age he began to be interested in food due to the passion and tradition that exists in Basque country for good food and good produces.

In 2014 he founded Paella Show, a Spanish catering company which operates in the Greater Sydney area.

Jon creates dishes inspired by his hometown family recipes and by his many years in restaurants in London, Spain and Australia.

He loves to keep in touch with his roots and often go to the Sydney´s Basque club where he usually cooks traditional basque food with a twist.

Jon Ingunza is also one of the founder members of Eat Spanish.

Valencian chef and owner of @PaellaMate 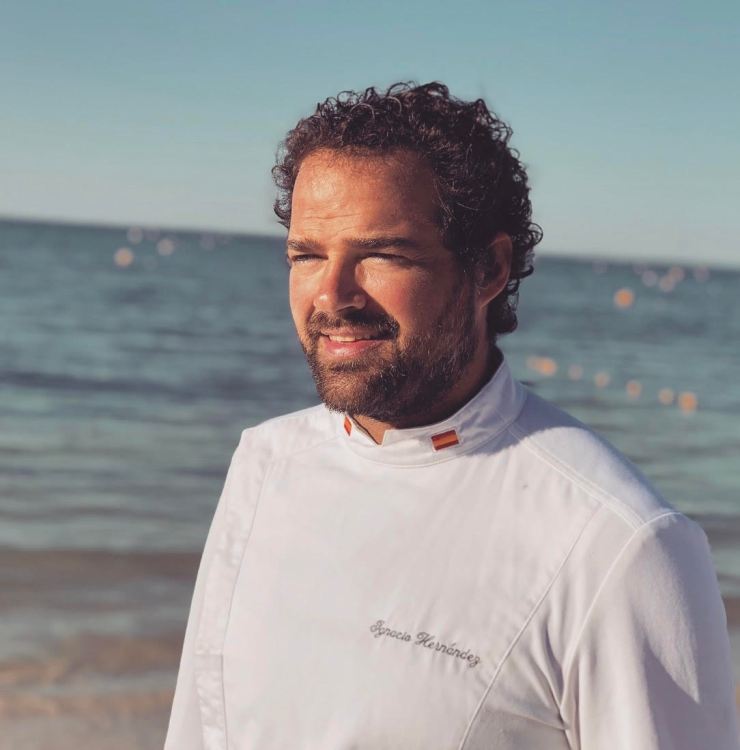 IGNACIO HERNANDEZ CRUANES (Iggy) Born in 1983 in Gandía, a Mediterranean city on the Valencian Levante coast, an area of ​​rice tradition and a town where Fideua is also born. Ignacio was always interested in Mediterranean and Spanish gastronomy in general, surprised by its great variety of products and flavors, due to the historical and cultural influences to which Spain has been subjected throughout the years.

In Spain he was always related to cooking but he never dedicated himself to it. It wasn’t until his arrival in Australia in 2012 that he began to develop that interest professionally. Ignacio arrived in Melbourne where he trained and worked in up to 5 Spanish restaurants over a period of 7 years. He was lucky to work with good professionals from whom he learned different ways of preparing typical dishes of our gastronomy and different ways of treating the product. But coming from the Valencia area, it was inevitable that he end up being the “rice chef” in the kitchen.

In 2015 Ignacio set up Paella Mate, a catering and training company. He felt that he had an obligation with the dish of his land and he had to “educate” the Australian customer by letting him know what the varieties, flavors and authenticity of such a dish so abused worldwide. With Paella Mate he makes caterings with tapas of all kinds, desserts and paella or rice. But without a doubt what he enjoyes the most, is his Valencian paella training classes. These are classes in which the client learns step by step about how to make a good Valencian paella, in addition of learning about Spanish and more specifically Valencian history and gastronomy.

In 2018 Ignacio participated in the Valencian International Paella Contest with Paella Mate, were he became 2nd of Oceania and 7th in the world. That same year he received the Wikipaella Award recognizing Paella Mate, as the only company in Oceania that produces paellas in an authentic and traditional way. To this day he is a proud Valencian chef who wants to share knowledge and flavors of his land in the other part of the world. 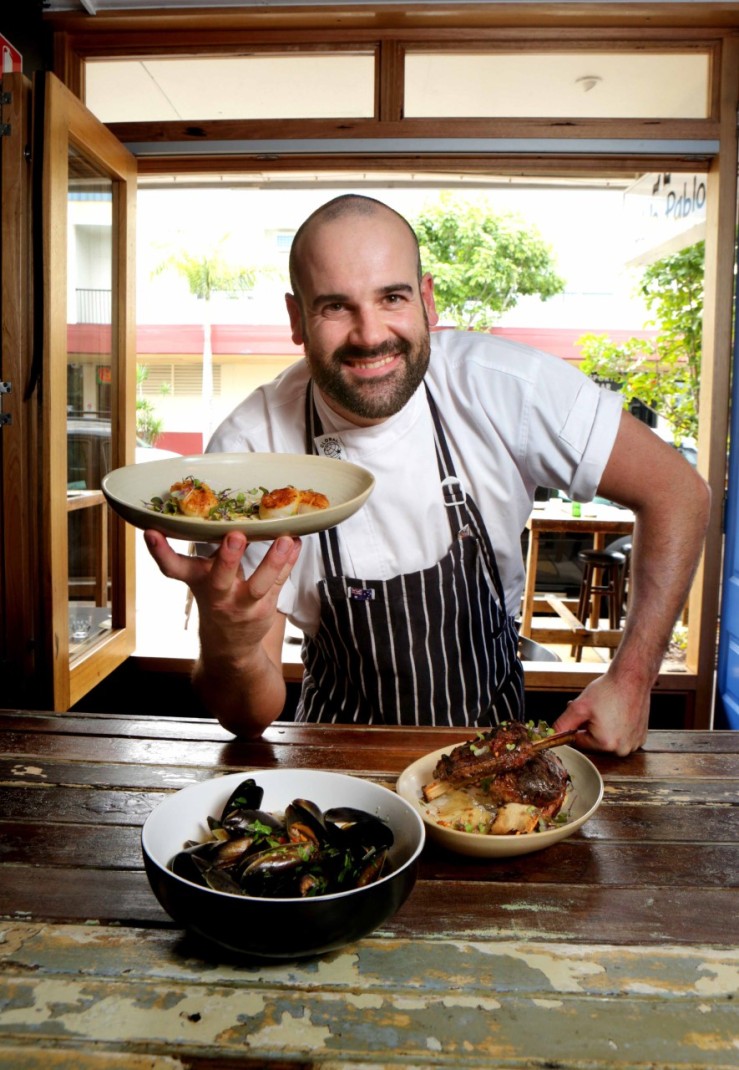 Eric García, known as chef Pepe, is a Spanish chef born in Barcelona who studied in Maria de Zayas in Majadahonda, Madrid. He is the owner of ‘The Spanish Catering’ a business bringing Spanish cusine to the Gold Coast area, Brisbane and Byron Bay.

He addresses both companies and individuals who are in search of a unique experience priding himself on providing a professional and authentic service to his customers, creating the perfect atmosphere for their event.

He shows his roots in every event, making it a real occasion and demonstrating his passion, training and love for the Mediterranean cuisine.

Nacho Castells Rusiñol is a Catalan chef with extensive experience in international cuisine. Since January 2017 he is the Head Chef at TINTO, a renowned restaurant serving Spanish and Catalan dishes in Melbourne, Australia.

His culinary qualifications include periods with Michelin star restaurants in Barcelona like El Serrat del Figaro by Chef Nandu Jubany, Relais & Châteaux by Jean-Louis Neichel and Mandarin Oriental Hotel Group by Jean-Luc Figueras. And then he worked his way up in Galaxo Restaurant, Hotel Casa Fuster 5 * Gran Luxe and La Gambeta Restaurant.

As an Executive Chef Consultant, Nacho pre-opened a 5 stars luxury hotel in Bakú, Azerbaijan. And then moved to Birmingham UK and worked at the prestigious El Borracho de Oro, where he got the Restaurant of the Year Award 2016.

He is passionate about rice dishes, fish, meat and in general for all cuisines with huge respect for the product. 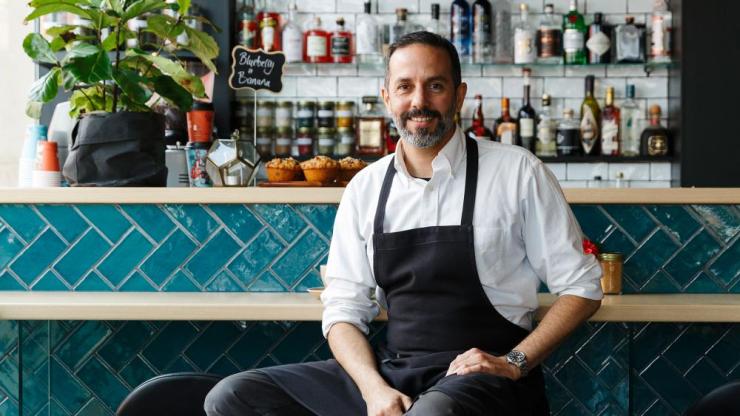 Alfonso Alés is a Chef from Seville, Spain, who worked in some of the finest restaurants in Spain, Germany and France before settling his knives in the kitchens of Sydney and South Australia.

His culinary qualifications include periods with the master of Eugénie-les-Bains in France, and 3 Star Michelin for 40 years, Chef Michel Guérard, and also with the revolutionary iconoclast Chef Ferran Adria in El Bulli Hotel, the world famous Museum Guggenheim- Bilbao of Frank Gehry under the direction of the 3 Michelin Star Chef Martin Berasategui and the internationally acclaimed 2 Star Michelin French superstar Chef Thierry Marx, at Chateau Cordeillan Bages.

Alfonso began his career in fine dining in Seville and then worked his way up in “Relais-Chateaux” hotels and “Michelin” starred restaurants across Europe.

Executive Chef at Ormeggio at the Spit, Sydney.

Victor Moya arrived in Australia in 2011 from Valencia, Spain, bringing with him a wealth of experience from all over the world, cooking fine cuisine in some of the best restaurants around.

After completing his technical qualification in Spain in 2001, he focused his work experience in gastronomic restaurants all over Spain, until taking off onto the Michelin path of all great young European chefs. After working with 3 Michelin star Chef Pedro Subijana in Spain he moved to 3 Michelin star “La Pergola” in Rome, Italy with celebrated chef Heinz Beck. This is where his love for contemporary Italian cuisine was born. He completed a stint in 2 Michelin star Restaurant t’Zilte in Belgium he found himself back in Spain working at the acclaimed Michelin starred Paco Morales where he honed his skill and passions.

As sous chef of Ormeggio at The Spit, he quickly proved himself as not only a great cook with a hunger for detail, creativity, and discovery, but also established himself as an integral part of the team with his knowledge, skills, and organization. Victor was promoted to Head Chef at Ormeggio in 2013, became a business partner in 2014 & executive chef in 2020.

Santiago ‘Santi’ Fernandez comes from Spain’s north-west region of Galicia, home to some of the best seafood in the world.

Before he arrived in Australia, Santi proved himself a rising star after his time in Michelin-starred restaurants like Tristan in Mallorca, Restaurant Toni Vicente in Santiago de Compostella and Tapies Restaurant in Lleida. He later honed his craft in Germany, Mexico and Russia.

Santi’s philosophy is to create food based in the region through the use of produce that is seasonal and ethically sourced.

With each new country, Santi maintained his focus on celebrating unique local food while staying true to his love of Spanish cuisine.